The Eastern Forte of Magadhi Buddhism

The Eastern Forte of Magadhi Buddhism

Mogalmari an otherwise insignificant village on the south -west  border of PaschimMedinipur and West Bengal,which gained instantrecognition with the unearthing of a Buddhist Monastery, dating back to the 6th century CE, believed to be theoldest historical site of the state, thus gaining an immense importance. Theexcavation opened a new chapter inthe history of Bengal in general and that of  the roots of Buddhism in Bengal in particular.

This Mogalmariwas rediscovered by Prof.AsokDatta of Department of Archaeology, University ofCalcutta in course of his research project of Indigenous navigation and he took up the excavation of this site in 2003-04. But what people do not know is that site was first reported by the famous NagendranathBasu during one of his surveysof  MAYURBHANJA District on the basis of which he wrote a book  called ARCHAEOLOGICAL SURVEY OF MAYURBHANJA. He first reported the mound ofMogalmari which is now well known as SakhisenarDhibiand for its associated archaeological features. Historians and researchers  assumed  that the  site was  a learning  centre of Sakhisena,the daughter of the feudal chief Bikramkeshari.

After its rediscovery in 1999 Dr. Datta started excavation in 2003-04 and continued for six years till 2012.  The excavation unearthedthe structural remains of two monasteries, the first evidence of  this kind in any part of Bengal where we have two monasteries within a single premise  covered by a common boundary wall and several archaeological artifact which are unique in themselves.

On 7th March’2013, the Directorate of Archaeologyand Museums, Department of Information and Cultural Affairs, Govt. of West Bengal designated SakhisenaDhibias a state protected monument. The excavation is now going on this site. Excavation unearthed a Buddhist Monastery, Votive Stupa& Votive Seal, Mixed metal coin of King Samachar Deva, Gold Pendent & Crown, Bronze images of Buddha, Bodhisattava& Buddhist goddess, decorated Stucco plaster wall & images, Seal &Sealings. The excavation continued in different phases and one of the most important discoveries has been a monastic seal bearing the name of the monastery,“Sri VandakMahavihara”.

An interesting event occurred duringthe ninth phase of excavation (2015-2016). A three-day Buddhist HeritageFestival was organised from January 24 to 26, 2016, witnessing a convergenceof Buddhist monks from different part of the world at the site. While themonks chanted, ‘BuddhamSharanamGacchami…’, the archeologists discovered 95 bronze images, out of which around 40 were of the Buddha!

According to distinguished scholars, it is one of the biggest & oldest Monasteries in the entire Bengal. This monastery did not stand in isolation. It was also connected to the other monasteries likeNalanda,Thakshashila, Vikramashila, etc.

Out of the many archaeological sites across Bengal, Mogalmari is a vast site of early medieval Buddhist settlement having a gigantic Buddhist monastery, most likely of a Post Gupta period (6th – 7th to pre-Pala CA).It is one of the oldest Buddhist sites of Bengal. Many more features could be unearthed in the course of further excavation. This could be treated as a fine model of a typical Buddhist monastery found in Bengal.

The religious importance of this place is immense as this site reveals itself as an important seat of religious learning, inhabited by the monks in the pursuit of the path shown by the Buddha. This place has the aura of learning, discussing, chanting and simply the fact of residing by the learned and the knowledge thirsty individuals awaiting a noble goal. A rich museum displaying the priceless artifacts dug out of the vestiges of a once thriving centre of learning would add to the wider understanding of the place.

Very recently some miraculous information revealed in a research work by Dr. Rajat Sanyal -Prof. of Archaeological Department of Calcutta University that earlier it was assumed that there was a Mahavihara in Mogalmari. But after a thorough and detailed interpretation from the inscription it was found that there were two major Learning Centres. The first was the Mahavihara called Jagnapindik, and the second one was Viharika-Mugalayik by name. Archaeologists opined that the name Jagnapindik revealed that this centre of learning was dominated & ruled by the Mahayan Buddhists. In addition to the teaching-learning process different rituals were also observed there. Not only the residential monks but the outsiders also joined & performed these customs & religious rituals also. For such reasons the Mahavihara that situated in the vast open areas that was encircled with many beautiful architectural features, obtained the special status in the sixth century CE. On the other hand the ancient name Viharika-Mugalayik has some similarities with the present name Mogalmari. But there is a doubt whether this present name Mogalmari is etymologically related to Mugalayik. It needs more research to clear the doubt. Moreover the researchers opined that it clearly reveals that the internal independence of the different Buddhists religious organisations existed even then.

Bengal takes pride in unearthing and exposing her rich intellectual distant past in this representative great site called Mogalmari.

Looking at the intriguing history of Mogalmari and its unique monastic culture, it is evident that the place has every possibility to become a tremendous attraction for Buddhist Tourists from all over the World. The place has already become an interesting Buddhist spot for the archaeologist and historians. Further research and excavation can open a new chapter of the Buddhist history in World. The place has all potentials to attract Buddhist tourists and researchers from all across the World, specially from nearby Buddhist countries.

Mogalmari can easily attract huge number of Buddhist tourists who visit India in each year. The proximity of the place with Kolkata Netaji Subhas Chandra Bose International Airport (CCU) can easily bring Buddhist tourists from South East Asian countries. Tourists who travel along the existing Buddhist Tour Circuit can easily visit Mogalmari during the course of their pilgrimage tour. But for this to happen, Mogalmari must be incorporated with the Extended Buddhist Tour Circuit and should be marketed widely in the Buddhist countries. 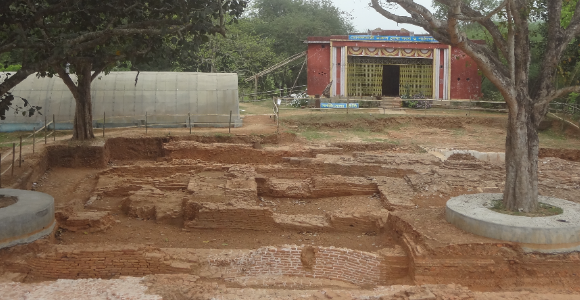 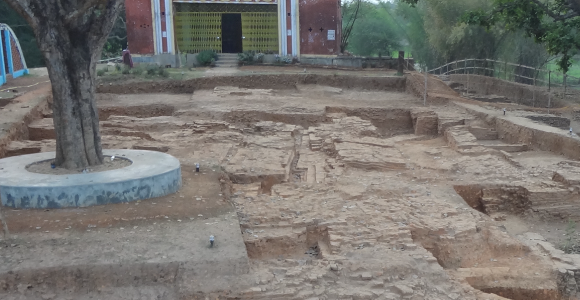 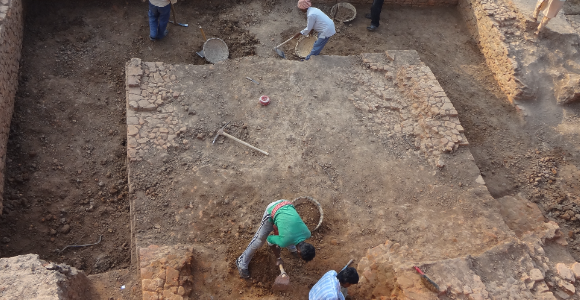 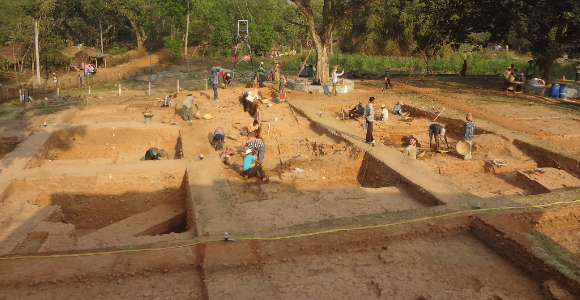 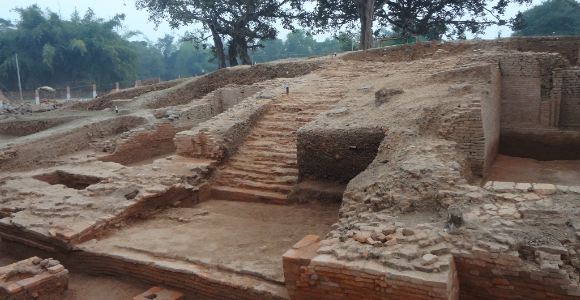 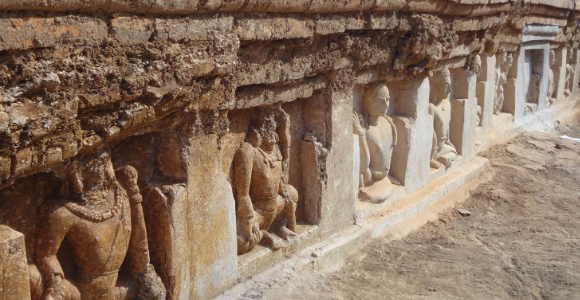